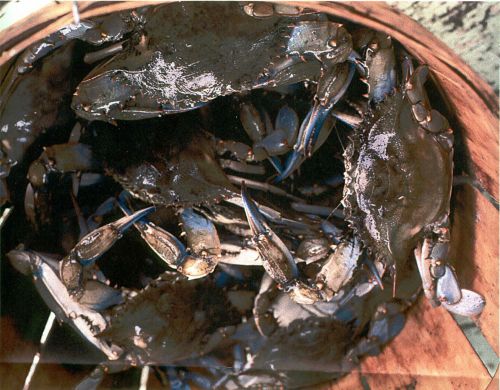 Maryland is a lot crabbier this year—and that’s a good thing. According to the Department of Natural Resources, the state’s blue crab population soared by 60% this year. Whether you’re a connoisseur of Maryland’s favorite crustacean or a small business chasing tourist revenue, blue crabs are a boon to our economy. As the days lengthen, the lines at local crab shacks follow suit. But there’s a communal joy in anticipating an Old Bay-encrusted bushel, surrounded by patrons longing for summer magic.

Ray’s Pier in Benedict specializes in hot crabs and a chill atmosphere. Ray’s serves up river views, waterfront seating, and homegrown hospitality. Crack into your crabs before the dinner rush, then catch a Southern Maryland Blue Crabs game under the lights. From Harry Potter-themed nights to summer picnics, Waldorf’s Regency Stadium is fun for all ages.

If you’re choosing between a twilight paddle or a ghost ship graveyard tour, Atlantic Kayak tours are shore to delight. Adventures on Mallows Bay and Mattawoman Creek showcase the county’s history and natural beauty. Then stop by Grinder’s Seafood to load up on corn fritters and crab cakes, available to eat in or to take away.

Port Tobacco features restored Revolutionary-era homes, one of the first colonial seaports, and legendary lore. Take a morning stroll around the village, then head to Captain John’s Crabhouse and Marina for a nosh and a nosy peek at boats dropping anchor.

May your Charles County summer be full of simple pleasures and blue crab bliss! Check out Tourism’s web page or subscribe to the Explore Charles County feed on Facebook for tourism tips and trips.