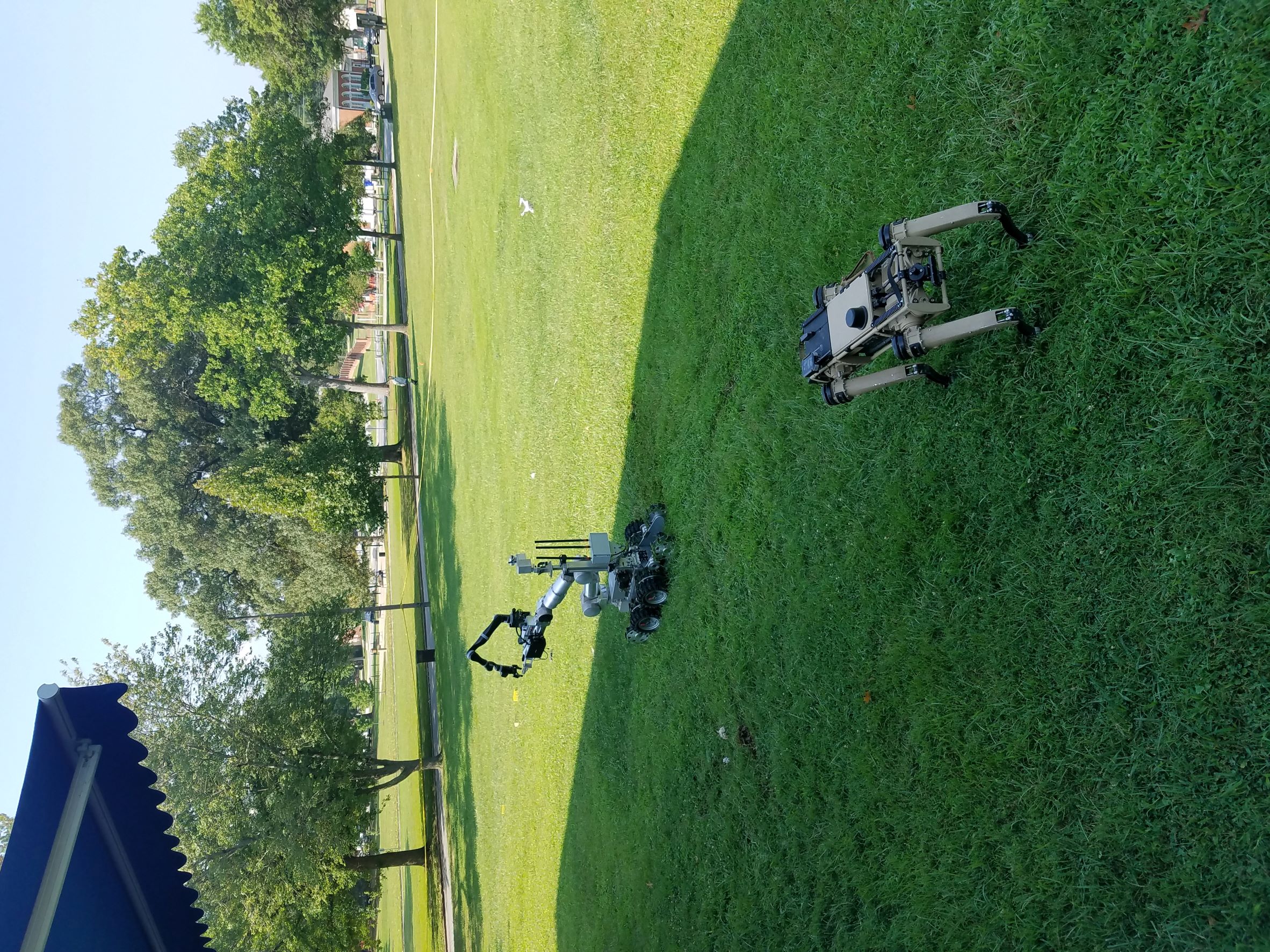 For five days at least, the Town of Indian Head was crawling and swarming with dog-like machines, stair ascenders, self-propelled x-ray machines and flying drones. The Eastern National Robot Rodeo was in town for five days in early August. This annual event looks at new Explosive Ordnance Disposal (EOD) robotic technologies and evaluates and tests them under scenario-based exercises by military and public safety bomb technicians.

Bomb technicians from around the country were in attendance.  During a special VIP Day, invitees had the opportunity to observe these scenarios and talk with some of the bomb technicians tasked to respond to situations involving Improvised Explosive Devices (IEDs).  These collaborative exercises are vital in not just evaluating new technologies but for bomb technicians to work on particular skill sets necessary to perform these challenging duties.

During the visit, guests had the opportunity to observe the Bomb Technicians as they moved through multiple training lanes.  Some of these lanes involved the following:

The event was organized and sponsored by the United States Bomb Technician Association (USBTA), a membership organization with offices in Englewood, Colorado and the Town of Indian Head, Maryland. The USBTA established a multi-use site in the Town of Indian Head in November 2020 and plans to grow education and technology in accordance with the Town and the Naval Surface Warfare Center Indian Head.