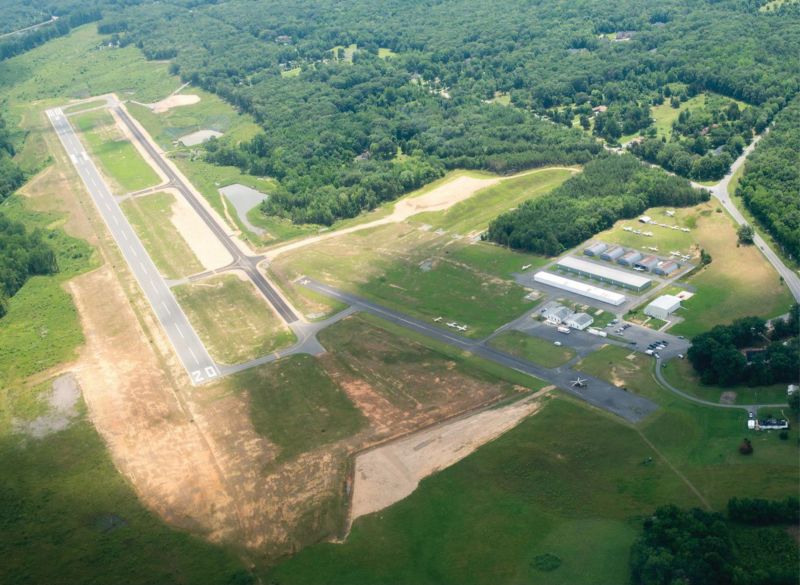 Maryland Airport is a privately owned, general aviation airport in western Charles County, located four miles east of the Town of Indian Head and 20 miles south of Washington, D.C. The airport is a designated reliever airport for general aviation traffic at the Ronald Reagan Washington National Airport. Additional improvements to airport facilities that have been approved by the Federal Aviation Administration (FAA) include an additional runway extension, a taxiway for aircraft parallel to the runway, a new terminal building, and other improvements.

The airport has been in existence since 1943, originally under the ownership of the Bauserman family, and was purchased in 2018 by PSM Holdings. Since the acquisition, PSM Holdings has continued to invest in improvements to the airport and their efforts have paid off with increased interest and activity. For example, aircraft based at the airport increased from 52 in 2015 to 105 in 2020, and aircraft operations (takeoffs and landings) have increased from approximately 17,000 in 2015 to 22,000 in 2020.

Charles County recognizes Maryland Airport as a key economic development asset, and efforts are underway to change the land use designation around the airport to accommodate employment supporting development.

Average of
60
aircraft operations per day